Siena’s Most Popular News Stories from 2016

With 2017 just around the corner, we thought we'd take a moment to look back at what made 2016 such a great year for Siena. From the launch of our first-ever nursing program to our recognition on Forbes’ list of America’s Best Value Colleges, we certainly have a lot to be thankful for. Here’s the roundup for the top 10 most read news articles on our website (click on the titles to read the full stories!): 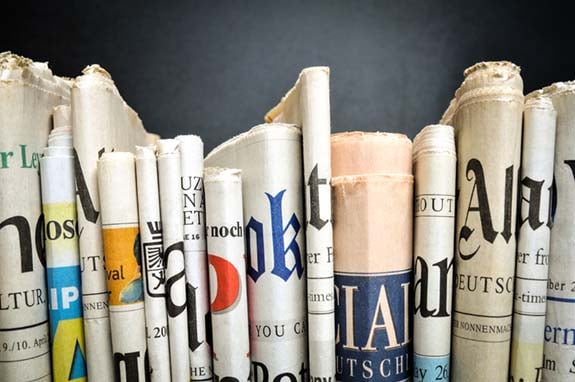 1. Siena Launches New Nursing Program For RNs Seeking Bachelor’s Degree
We understand how challenging it can be for nurses to continue their education while still working, which in part prompted the launch of our new Baldwin Nursing Program—a program for RNs who hold an associate’s degree. The two-year program started its first class this fall and included clinical practice segments for in-the-field experience.

2. Move-In Day 2016
The Class of 2020 had 770 incoming students (from an almost record-breaking 9,691 applications!). We loved snapping photos of new students and their families in action on move-in day. And, as is tradition, our returning students lent a hand, helping to build our campus community starting on day one.

3. Siena Students Create Frozen-Themed Prosthetic Arm for Nine-Year-Old Girl
A group of Siena students used an on-campus 3D printer to design, print and assemble a Frozen-themed prosthetic arm for a nine-year-old girl from a nearby town. This was the team’s second project after making an Iron Man-themed prosthetic hand for a five-year-old boy in Ohio. The story quickly became national news, including a feature on ABC Nightly News and CNN.

6. Siena Named to MONEY’s Top Colleges Lists
Of more than 2,000 colleges and universities considered, Siena College was named one of the MONEY 100 Best Colleges 2016-2017. The rankings evaluated colleges on educational quality, affordability and career earnings, along with factors like alumni success. We also made it on two of their other lists. Check it out now.

7. Commencement Weekend
It can be hard for us to say goodbye, but we never doubt the success of our students and where they will head to after graduating. This year we awarded 731 bachelor’s degrees in business, liberal arts and sciences to the Class of 2016, along with 54 master’s degrees in accounting at our 76th Commencement ceremony at the Times Union Center in Albany.

8. Siena Named a Princeton Review Best College
Siena was named one of America's best institutions for undergrad education by The Princeton Review's 2016 edition of its college guide, "The Best 381 Colleges." The list was completed after surveying college students on certain topics, like assessments of professors and opinions on the school's library and career services.

9. Siena College Ranked Among Top Average Earnings for Graduates
Siena College graduates ranked in the top 20% of average earners for graduates of 53 Upstate New York colleges on a list that comprises the average salaries for former students who are currently employed, 10 years after first arriving at college.

10. Siena College Dedicates Ring of Honor
This September, we dedicated a Ring of Honor—a circle of engraved granite benches—to honor our most generous benefactors. The 22 gray benches were engraved with the names of 25 Siena donors and now sit at the heart of the academic quad in the center of campus.

We can’t wait to see what’s in store for the new year at Siena. Click below to learn more about us and keep up with what lies ahead.